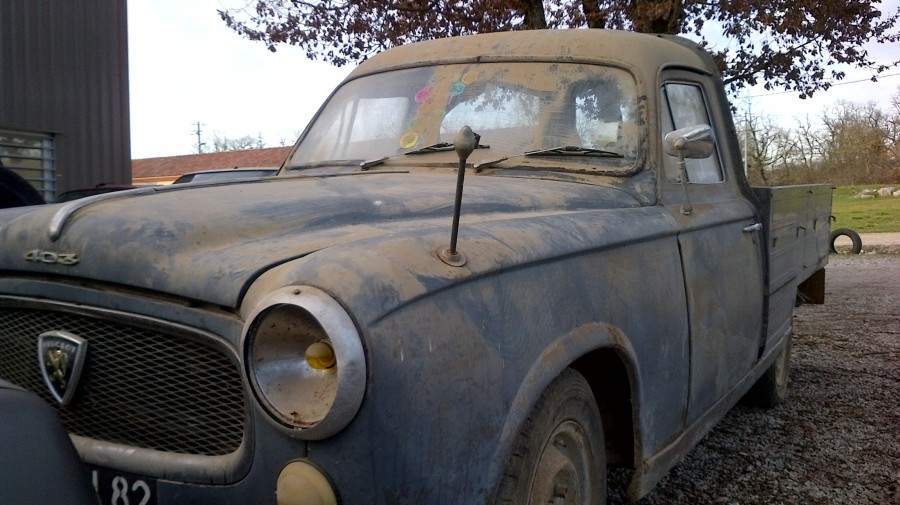 Our old 403 pick-up has been sitting in Michel’s yard for the last few days, looking miserable.

In an attempt to have it back on the road, I had asked our mechanic in Puylaroque to look at it and tell us if it was worth spending a bit of dosh on it. Dad had bought it second-hand in 1962 for the farm where it was used until 1987 when dad retired. Dad died in 1991 and our pick-up was never to come out of the barn again until now. Meeting with my brothers and sisters we went down memory lane….

Crossing France through the « Massif Central »

In Summer of 66, our grand-parents were celebrating their 40th wedding anniversary. My grandpa was one of 9 children and my grandma one of 5. Together they had had 6 children and 14 grand-children by then( Eric, Fabrice, Arnaud and Jean-Luc were born later). It was going to be a grand celebration and we would have not missed it for anything in the world. With straw covered with a tarpaulin in the back of our 403, we left home one evening at 10p.m., after Brigitte’s “confirmation” in our local church. Dad had taken the glass rare window out from behind mum’s head so she could talk to us kids lying in our sleeping bags, and pass us drinks and sandwiches. Thierry was the youngest then, he was just 4. There was no motorway crossing the Massif Central in those days and dad drove the 373 miles all through the night at 50miles/hour to get to “Grange-Haute” Serpaize( near Lyon)in the morning. Mum recalls it was 8a.m. when we got there….They shared the night driving on the way back two days later…..It had been such fun for us kids but so exhausting for them and they agreed they would never do this again…..From then on, journeys to Grange-Haute every Christmas were done by train.

School was over for us kids by the end of June, and what a relief that was. Summer was here with its promises of fun. We were excited.

The whole of July, as soon as we could be of help, we would be working with mum in the peach field. We would get up really early before the sun got too hot, get down to the kitchen for a hot chocolate bread and butter and jam breakfast, then spend the whole morning picking peaches till noon. The boys were in charge of the tractor, transporting the boxes to and fro from the field, then it would be lunchtime and the coolness of the dining room with the shutters almost closed. We  were  sent to have a little sleep straight after lunch and that was divine. The whole house that had been filled with our voices and laughter was now very quiet. This was the only time of the year when we didn’t have to  tidy up after a meal. Our mum was adamant we needed a rest.

The afternoons were spent under the barn sorting the peaches out in different wooden boxes depending on their sizes. The radio was blaring out and we used to sing along with Michel Sardou, Joe Dassin, Michel Polnaref and Francoise Hardy……knowing all the words of all the songs.

The filled boxes would get loaded on the pick-up in late afternoon and sent to the market station in town where they would get inspected then weighed then given a price on a piece of paper for dad to get paid in the office. Thierry now 55, proudly remembers the maximum number of boxes he could fit in the pick-up. One of us would go with dad to the market station to help unload the pick up. Dad had been damaged in the shoulder by a bullet during the war and could not use his left arm which hung limp. He could drive but was limited in a lot of situations. We the kids never thought anything of it having always known him like that. On good days he was fun but those were rare. Having lost his farm and way of life in Algeria, let alone been through the war as well as through the dramatic events leading to the Independence of his beloved country, he never recovered from those losses and was mostly very quiet. Mum was his missing arm and always by his side 24/7. She was the one to hold the family together with an enormous surplus of energy and love and a great capacity for work and laughter.

They could not afford paid workers so cousins used to join us for the peach picking season. Peaches were the main source of cash for the whole year and therefore important. Our teenage cousins Herve and Anne from Orleans , Didier from Paris, Philippe from Serpaize and Patrick from Bourg Argental….were often with us then. They all lived in towns and loved being part of our lives on the farm for a month in summertime. Their parents were glad to see them go too. Ha! Ha!

My grand-parents came down from Serpaize, my grand-ma was in charge of the house and the meals, and my grand-pa was picking with us in the field. Some years we had friends helping us like Fie or Henrik from Denmark. When picking the peaches, any fruit with blemishes or marks would not get sold. Sometimes a hailstorm earlier on in the season would have left the skin of some fruits slightly uneven and discolored and although it didn’t affect the taste of the fruit it affected its looks which made it impossible to sell. Some years we had so many of those  dad would offer them to the prison, the convent and the hospitals in town  so that he would not have to throw them in the river like all the other farmers. We were supposed to throw away any fruit not suitable for sale, but dad could not do that.

The only time I ever saw our mum cry was during one of those hailstorms when the fruits were still only bean size. I can still see her leaning on the front door frame, watching the storm. She knew then there would be no peaches worth picking that year. Tears were rolling down her cheeks silently. When she turned around to get back into the house a few minutes later her cheeks were dry. She never shared their money worries with us until we were much older…..She remembers now and sighs. Her life is easier now.

Fie could not get herself to throw any peach on the ground and used to eat them all. She ate buckets of them every day! Our cousin Catherine ate so many she got terrible rashes all over her body. We ate a lot of them too but more of the delicious ripe ones from the top of the trees, the ones that would not make it to the market because they were simply too juicy. The magpies liked those too!

Picking was a delicate task as only the right ones were picked, not ripe but not too green either. The others were left for another day.

Sometimes the day’s work would not end up with enough boxes to warrant a trip to the station market and dad would drive us kids in the pick-up to his mate’s farm in St Etienne-de-Tulmont, 7 miles away . Mr Melmoux was dad’s best local friend. He was a very tall and jolly bloke, wearing an impressive  sailor’s cap at all times and he used to flirt with mum as well as with us young girls, but always with decorum and respect. He had a lake for his large  apple plantation, in which we had a great time while him and Dad were drinking their « Pastis » and talking politics indoors for a couple of hours. We were all good swimmers and no-one ever worried about us.

Summertime when we were teenagers were good times in our lives.

With the engine leaking and rust everywhere under it, Michel is not hopeful. We’d need to spend a minimum of €7000 or €8000  he said. No way do we have this sort of cash for it. We’ll have to sell it for spare parts. There are lots of those in good condition and it is nice to think that someone could use them. I will  advertise it on the web as soon as I have a minute and we’ll see….. 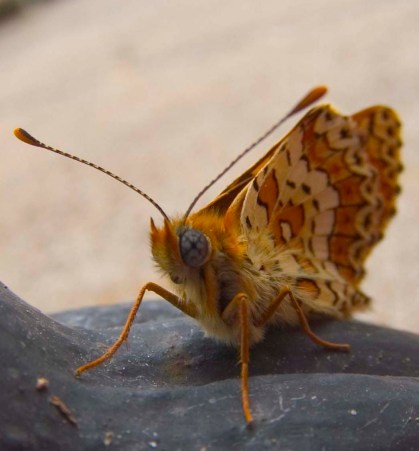 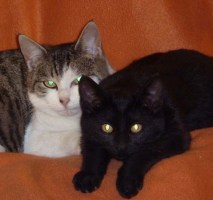 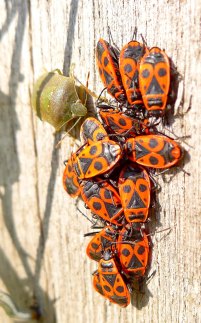 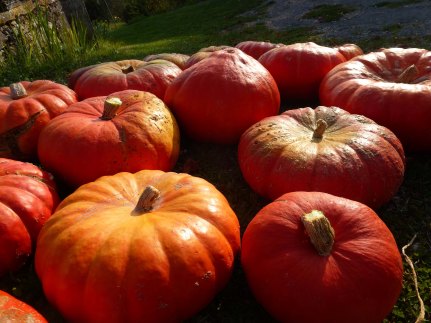 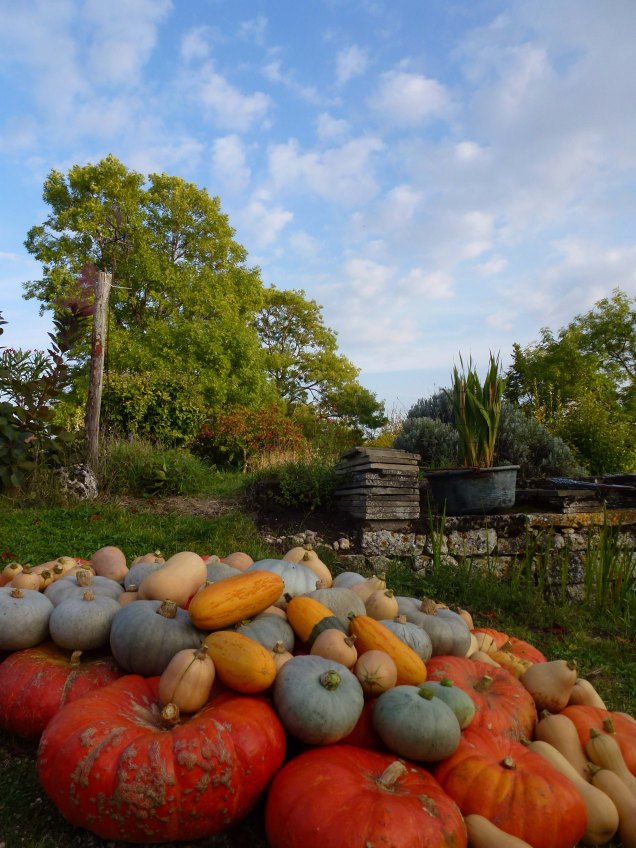 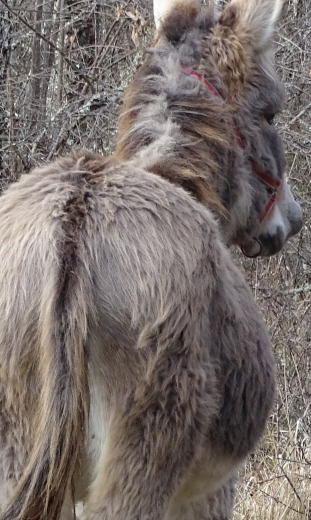 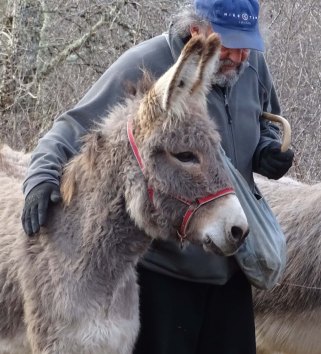 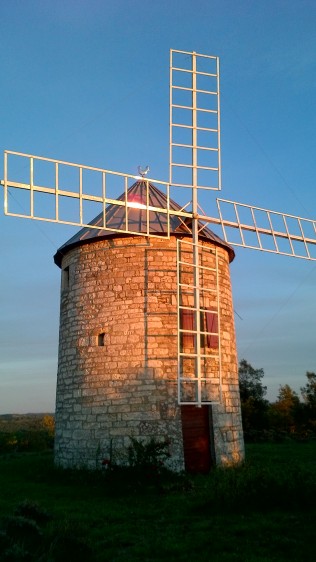 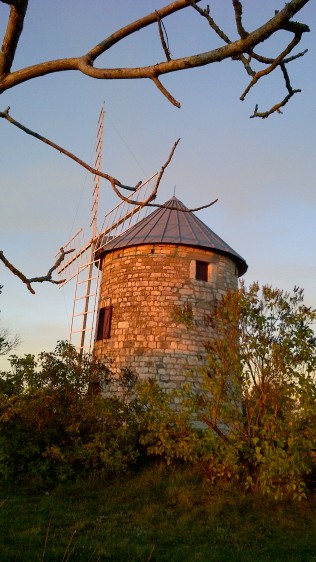 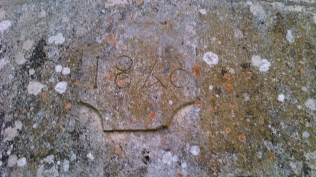 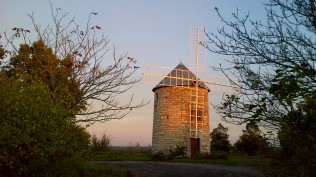 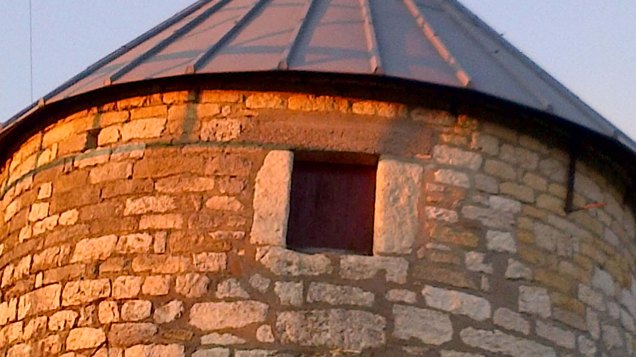 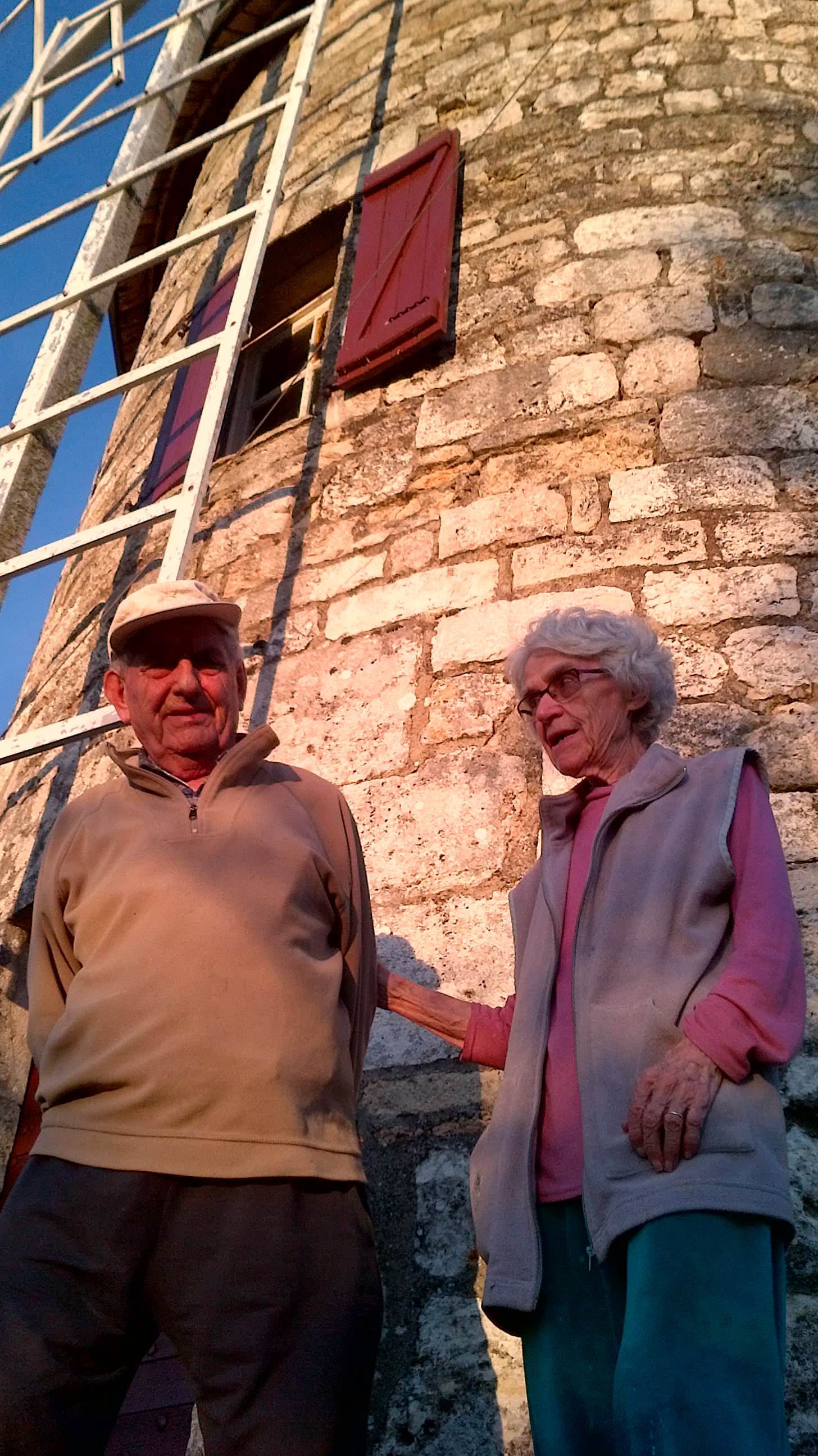 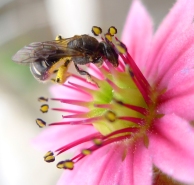 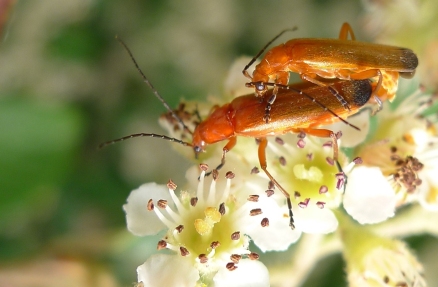 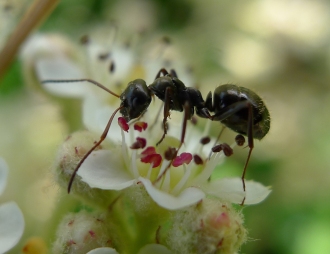 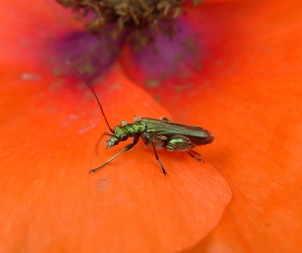 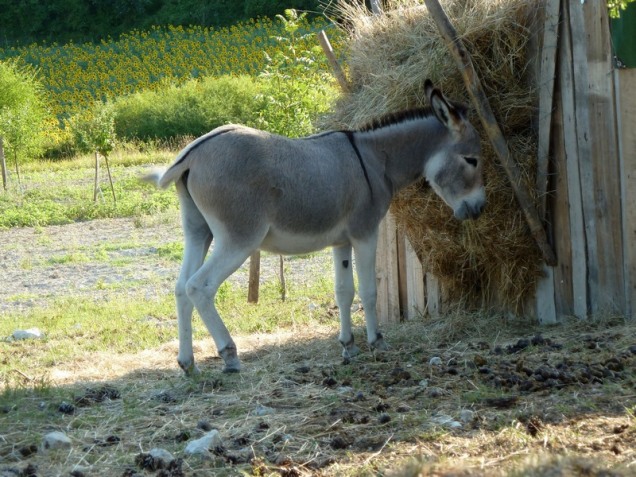 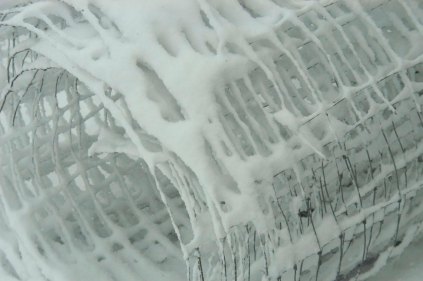 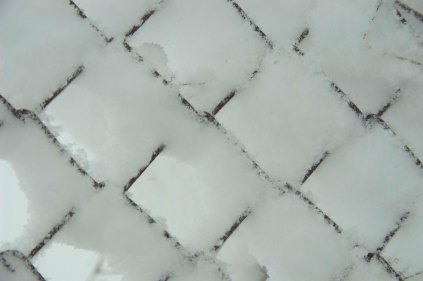 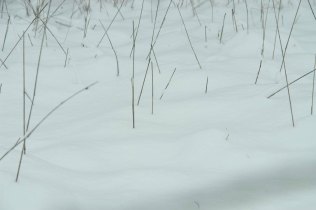 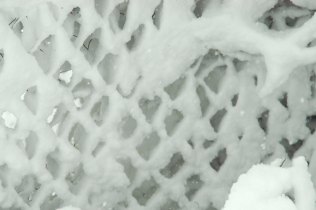 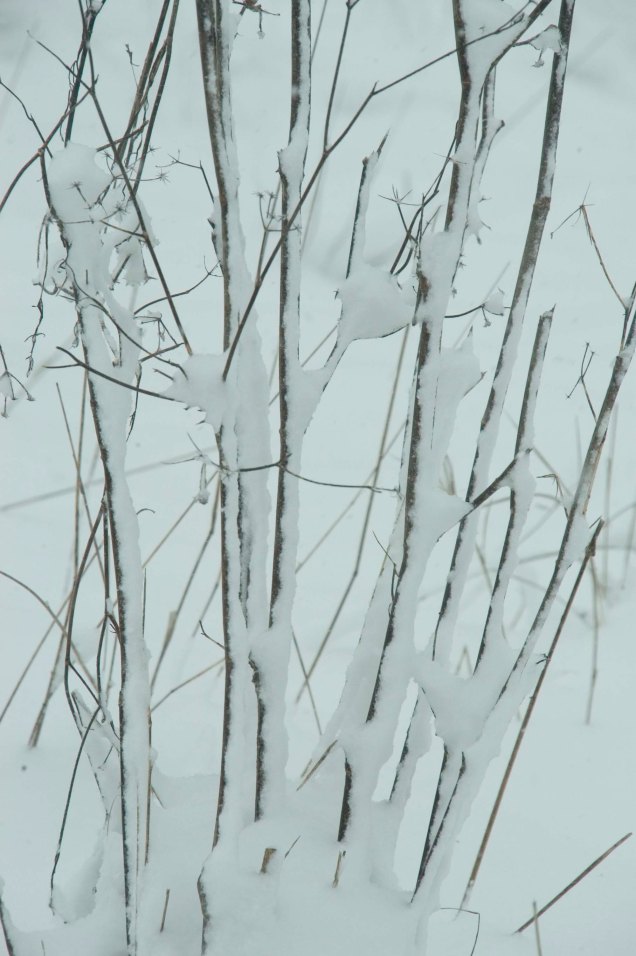